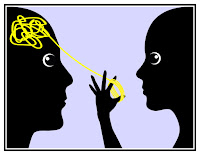 One of my longtime favorite recognitions to fellow conversationalists' interesting stories and anecdotal experiences replete with strange twists or surprise endings has been at times an approving nod—but almost always adding this brief note of poetical contrast:

"Yes, truth is stranger than fiction."

The wisdom expressed in the sublimely short one-line should be recognized as the work of Mark Twain, one of America's fininest in the art of letters, lecturing, journalism, storytelling, and satire. Itis one of just many on the subject of truth (and its contradiction, falsity) penned by the mustachioed wordsmith.


"When in doubt tell the truth.

If you tell the truth, you don't have to remember anything.

One of the most striking differences between a cat and a lie is that a cat has only nine lives.

Get your facts first,then you can distort them as you please.

Carlyle said 'a lie cannot live.' It shows that he did not know how to tell them.

There are lies, damned lies and statistics."

I admittedly had been missing what now I find more interesting in that aphorism: the second part,


"Truth is stranger than fiction, but it is because Fiction is obliged to stick to possibilities; Truth isn't,"

because it touches closely on two threads in the fabric of history of the campaign, transition, and now, presidency of Donald Trump. One thread is the misrepresentations, falsehoods, alternative facts, conspiracy theories, and just. plain. lies—fictions, in other words, have need to have been at least possibilities. The other thread is the fact—the "truth"—is the invariable failure to disavow, admit to, or contradict the fictions, even when presented with uncontroversial and unambiguous evidence of their falsity. This is the truth of the impossible, the truth that is not limited to the possible: perhaps a truth important to him for other goals that may need justifying, perhaps a truth to be held onto as evidence of his own genuineness, his infallibility. Perhaps confronting and bowing to the facts would, in his mind, be a show of weakness or lack of heroic character.
Or maybe this "truth unobliged to the possible" is a page from an old playbook, a dictator's handbook of sorts. Some interesting quotations from Hannah Arendt's The Origins of Totalitarianism and other troubling comparisons were among a recent reading on the Open Culture website.


"The totalitarian mass leaders based their propaganda on the correct psychological assumption that, under such conditions, one could make people believe the most fantastic statements one day, and trust that if the next day they were given irrefutable proof of their falsehood, they would take refuge in cynicism; instead of deserting the leaders who had lied t them, they would protest that they had known all along that the statement was a lie and would admire the leaders for their superior tactical cleverness."

"The great analysts of truth and language in politics," writes McGill University political philosophy professor Jacob T. Levy "including George Orwell, Hannah Arendt, Vaclav Havel can help us recognize this kind of lie for what it is...saying something untrue, and making your subordinates repeat it with a straight face in their own voice, is a startling display of power over them. (This is displayed in the co-mouthpieces of the Trump administration, Kellyanne Conway and Sean Spice. Each capable of out-trumpeting Trump himself when called on.) It's something that was endemic to totalitarianism."

The sheer number of deceits plays a role n the process of control. The following may be the most insidious of all propaganda and psycho-manipulative techniques. "She [Arendt] also recognized the function of an avalanche of lies to render a populace powerless to resist, the phenomenon we now refer to as "gaslighting"

The result of a consistent and total substitution of lies for factual truth is not that the lie will now be accepted as truth and truth be defamed as a lie, but that the sense by which we take our bearings in the real world—and the category of truth versus falsehood is among the mental means to this end—is being destroyed."

This deserves repeating: "the sense by which we take our bearings in the real world..is being destroyed." The stability of our collective psyche is being tested. Our individual neuroses are being aggravated; and increased stress within the self and among our fellow citizens is finding expression through harmful avenues of release.

Some minimize or flatly deny any motivation of the Trumpian campaign of mendacity—claiming his obsession with picayunish details of crowd sizes (particularly at his inauguration) and his popular vote count in the general election—to nothing more than an innocent but hyper-inflated ego rationalizing away the unfavorable numbers. Just Trump being Trump. But an examination of these seemingly trivial obsessions uncovers a codified language at the ugly heart of this charade, a message of jingoistic nationalism,revulsion to the dark-skinned hoards overrunning America, his intentions to control public information, and subordination the value, usefulness and honesty of entire networks of intergovernmental agencies and departments. For the authoritarian personality, mere victory is not enough, not short of total victory is necessary.


"Arendt's analysis of propaganda and the function of lies seems particularly relevant at this moment. The kinds of blatant lies she wrote of might become so commonplace as to become banal. We might begin to think they are an irrelevant sideshow. This, she suggests, would be a mistake.

Thelonious Monk, another American genius in the arts—jazz composer, pianist, and band leader, once said "The piano ain't got no bad notes." His contemporary and fellow musical genius Miles Davis offered this modification: "There are no wrong notes in jazz; only notes in the wrong places." Though words contain more information, notes in a musical composition function in a similar way to words in a sentence or paragraph , serving as individual elements resulting in an emergent creation when grouped together, larger and more complex than the sum of their individual elements. So while any word we choose in making statements of fact or opinion is both possible and acceptable (Monk), the arrangement (Davis) can end up being a thing of beauty, incomprehensible gobbledegook, or anti-truths and alt-facts.

Mark Twain, witnessing todays's power abuses through communicative manipulations might say we are in immediate need of music lessons; while at the same time he would relish the manna of fresh material for maxims on truth and lies.